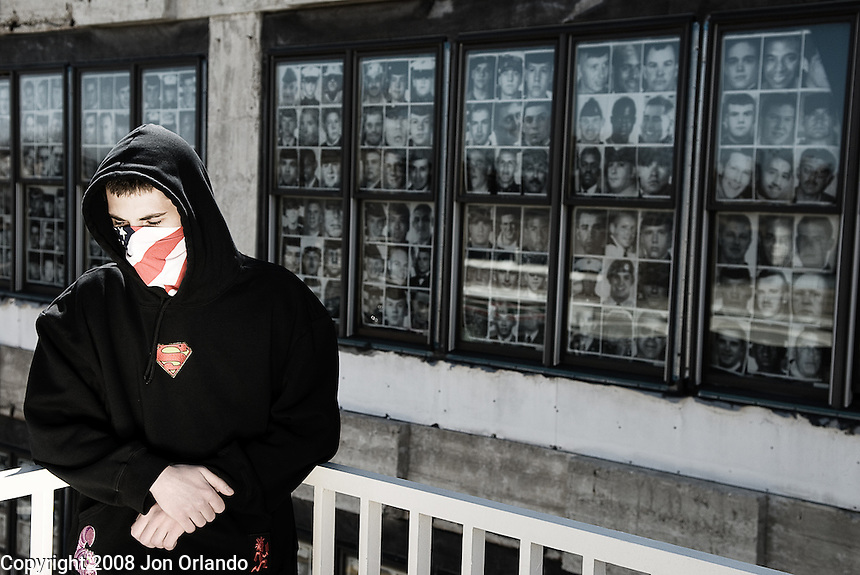 Jeremy Archambeault was a mortuary technician while serving in Iraq. That is a fancy term for the soldier who deals with the bodies of his fallen comrades and stated enemies. He has been scared deeply by the horrors he has witnessed and remains frustrated by the continuation of those horrors. He was photographed several blocks from where he grew up and still lives in Chicago, in front of a building whose windows were full of photographs of soldiers who have died in Iraq.