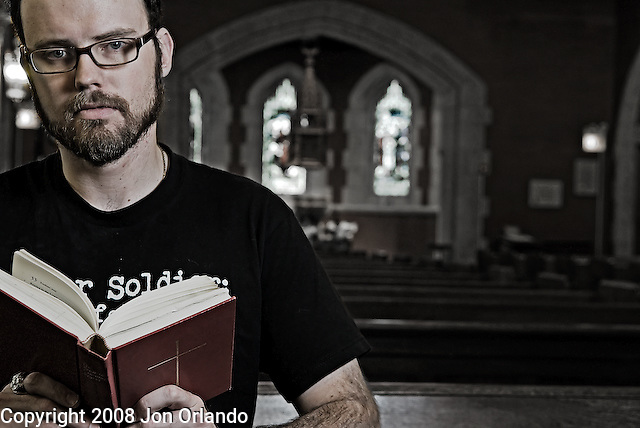 James Redden was a journalist for the Army and served in Kuwait and Iraq. He finds series contradictions between the teachings of the bible and the religios rhetoric being used in justifying the war in Iraq. This is from a portrait series I am doing on Iraq War veterans who are resisting the war.