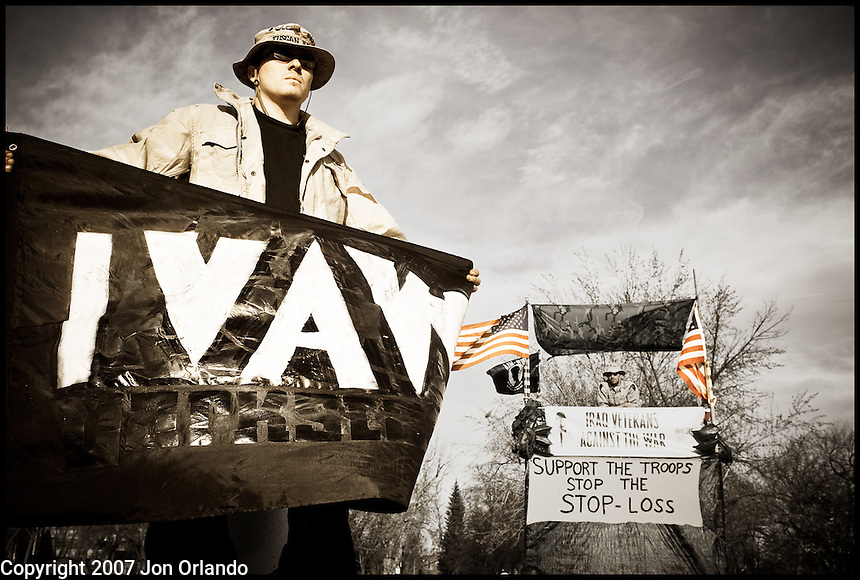 Domingo Rosas served in Iraq as a sergeant from April 2003 to 2004 as a guard in a detention center. Some of the images of abuse and torture he witnessed "seared themselves into my minds eye and I can't forget them, I won't forget them." He is haunted by those images and the memories of the friend he lost in Iraq. He speaks out against the war out of necessity and has found a form of therapy in working with the other members of Iraq Veterans Against the War.